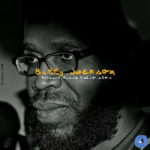 Billy Jackson aka DJ Bubbles’ musical career can be traced back to an early enthralment with 70’s Soul/Disco, Funk, World Music, Hip Hop and heavy doses of Jazz. Recollections of the first encounter with the gentle twirl of the gramophone are imprinted in his technique; the texture of wax indelible in his signature brews of nostalgic homage and futuristic ventures. The allure of dusty crates deeply influenced his intuitive ear and probably explains his effortless concoctions of genres in their multiplicity.
His renowned kaleidoscopes of Funk, Soulful House and Afro-beat, infused with sprinklings of Dub and Electronica sway hips and bump heads on dance floors, stereos and cyber space. Under Bubbles’ meticulous instruction genres fuse and overlap, each a robust vertebra of an ever-malleable spine, bending, writhing and straightening to the guttural tunes of protest music.
He gained his reputation as ‘the go to guy when you want that heat’ as a Sales Consultant at Flipside Records (which he later managed) in the late 1990s. During his time at Flipside Records he mixed the acclaimed Flipside House Vol. 2 and oversaw the release of Flipside House Vol. 3 mixed by DJ Koti. He has since churned out a steady stream of compelling compilations for the now defunct USM Records and an array of scrumptious mixes for Organik Soul to be found at organiksoul.blogspot.com.

DJ Bubbles was an instrumental part of the budding Deep House movement of the early 2000s which have its roots in Pretoria . His acclaimed compilations have won him residencies and guest appearances in and around South Africa at reputable establishments including Zwakala Jazz Café, Mushroom Loungeatery (Sunnyside) and Cool Runnings (Pretoria); Lucky Bean (Melville), Bassline (Newtown), Kitchener’s Carvery Bar (Braamfontein), Capitol Lounge (Rosebank); DnE (Port Elizabeth), House of Blues (Gaborone) and Bucannan Square (Cape Town). He is also a sought after event DJ who ceaselessly captivated an assortment of crowds at events including the Oppikoppi Tuks RAG in 2001 and 2003, the African Film summit, the Backstage AIDS Benefit Concert (2006) and shared the stage with formidable guitarist Madala Kunene at the 2012 Africa Day Festival.“