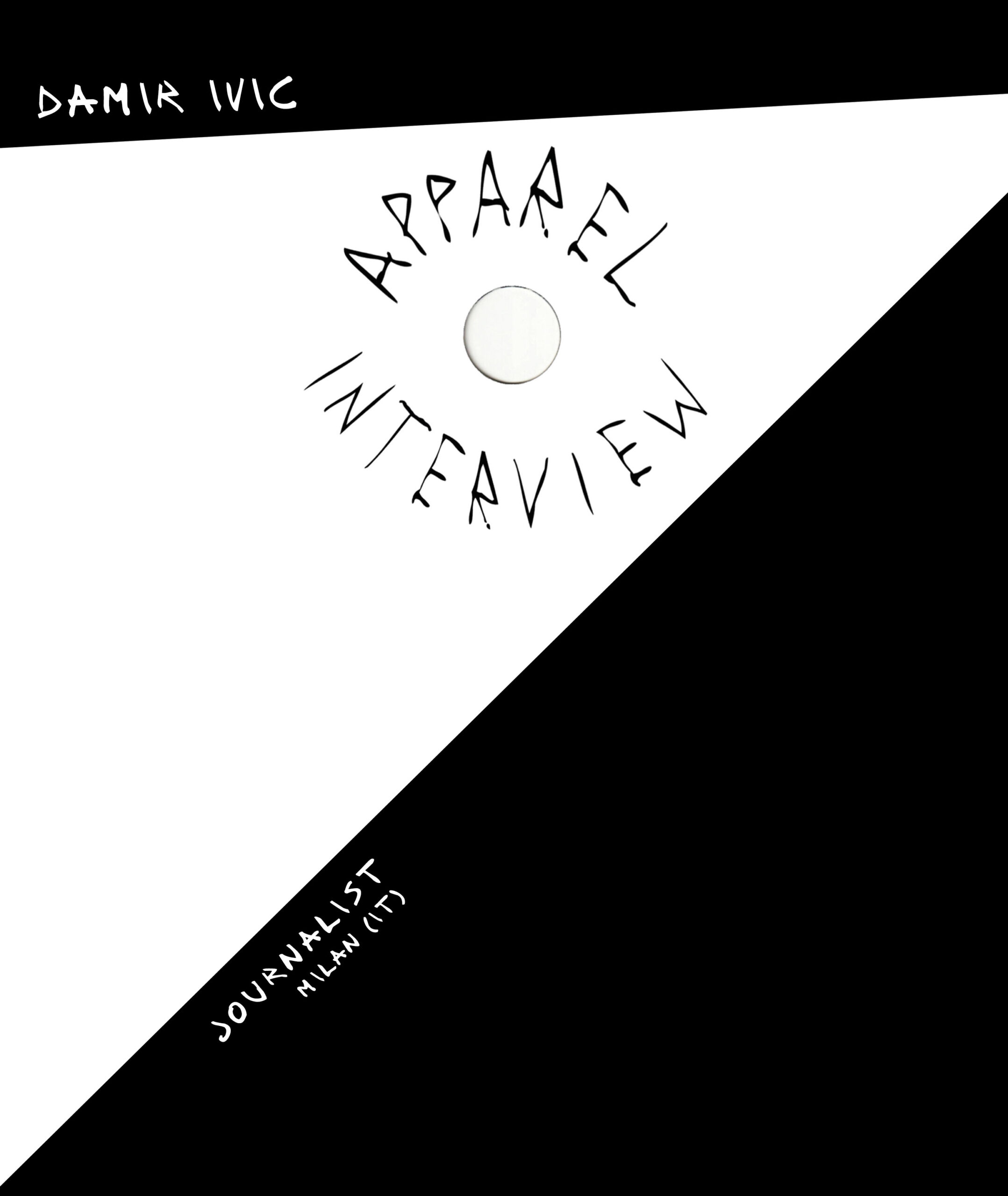 We, at Apparel Music, are curious people. Somebody would consider it a defect but we think it’s rather a quality. One of our missions is to give voice to anybody who’s involved in the world of Sound, wether they’re artists, friends, journalists, music lovers etc. Damir Ivic falls into more than one of these categories being him a friend of Apparel Music, surely an enthusiastic sound researcher and more importantly one of the finest music journalists and reporters in Italy and beyond. For all these reasons we wanted to have a relaxed chat with him, essentially because we’re interested in him as an individual and we respect him as a thinker. 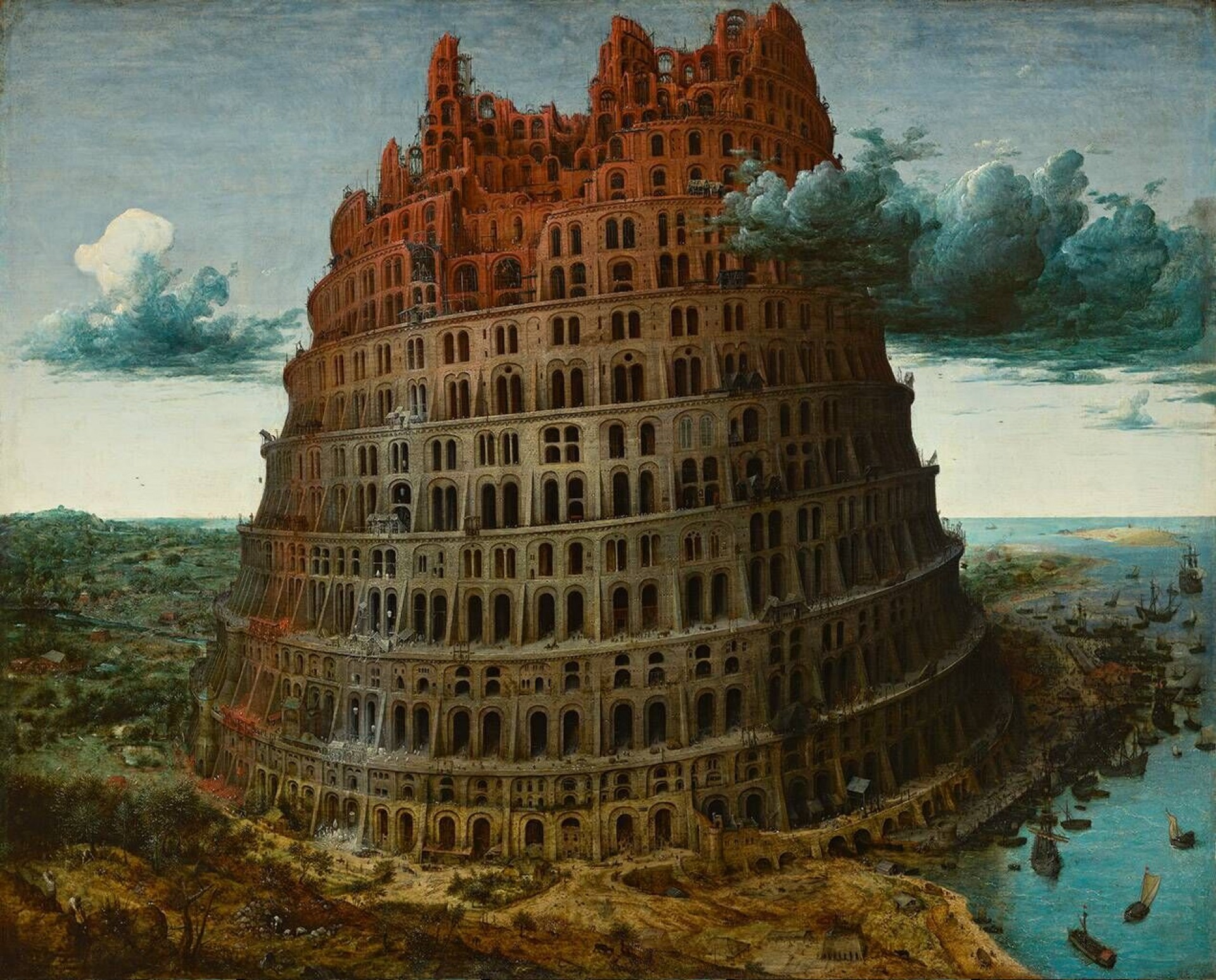 -Hey Damir, before we start, how’s it going? How are these ‘lockdown days’ treating you?

What a delightful question! I mean, apart from all the jobs and collaborations I’ve lost throughout the whole year and all the invoices that will be paid God-knows-when, all the rest is more than fine. I keep up with writing, do a lot of Zoom calls discussing with artists and promoters the future of our scene (we ain’t saving anyone, don’t worry…), started a few new collaborations, watch basketball games on TV (strictly local basketball and Euroleague, no NBA circus for me), spend time with my girlfriend and our cat. We shall ask the cat, if she’s happy to stay with us… 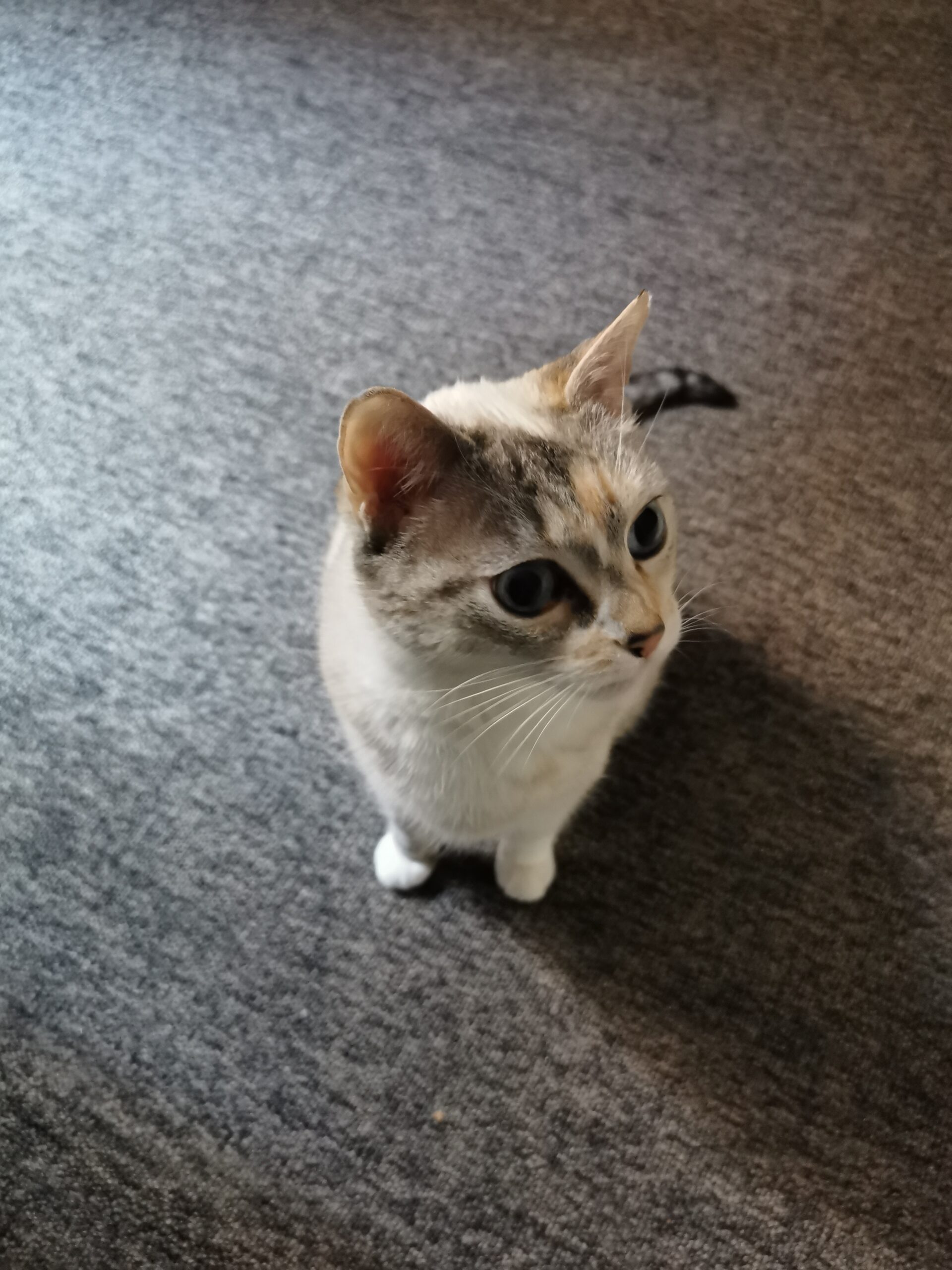 -We know for a fact that you’re a keen interviewer so we’re quite excited to fill your shoes for this one. How do you feel to be interviewed? I mean, is it something you always feel comfortable with or not?

I love it. It’s like going on vacation and being treated like a rockstar. Switching roles is a treat. Should do it more often. But I’m a fucking no-one: there’s not a single reason to see me as ‘famous’ or relevant. True relevancy stays in the arts and in the creative process. So yes, once or twice a year it makes sense to do the switch, but once or twice a year you’re allowed to play, to have fun. And I’m so happy to be featured on the Apparel Music website, as I admire you so much.

-Talk us through the beginnings of you passion for music. Was it love at first sight?

Yes it was. Thanks to my father – an avid jazz fan. The very first record I’ve been listening to with my headphones was ‘Spectrum’ by Billy Cobham and I was, I guess, five or six years old. Then my older sister introduced me to Frank Zappa. You’re quite a freak if you’re ten years old and into Frank Zappa and Jazz (I had an obsession with Pat Metheny Group’s ‘Travels’ and several stuff with Miroslav Vitous), but that was me. Synth pop came as well as a personal, intentional choice: the very first record I bought with my own money – eleven years old, ladies & gents – was ‘Human’s Lib’ by Howard Jones. Next came the Eurythmics and after all that for me started a Joe Jackson and Level 42 era, but still listening to Jazz, continuously. I became obsessed with the Peter Erskine / Marc Johnson rhythm section. I still feel they’re my favourite drummer and double bass player, by far. They’re heroes to me, and the ‘Bass Desires’ version of Coltrane’s ‘Resolution’, with John Scofield and Bill Frisell as guitarists, is still today a religion. I’m atheist. But that version of ‘Resolution’ is religion, believe me!

-Being fond readers of yours we can have a rough idea of the amount of music you listen to everyday and the load of books, articles etc. you read to keep yourself informed. Tell us how’s a typical day in Damir’s world and how do you relate with the word ‘organisation’.

Never heard that word. I’m more familiar with the phoneme ‘random’. I can tell you I receive a daily dose of 300/400 e-mails, of which I read a good 10% and answer a hundredth (…so if I’m not answering your mails, don’t hate me, it’s a matter of surviving and having a life). I browse through the web hunting for hints, sounds, suggestions, links (mostly Facebook, in an ‘Ok, boomer!’ fashion, I know…). I’m a irregular reader. Sometimes I read five, six books a week and sometimes I spend five, six months without reading one. I’m a much better person when I read, though. Sometimes I have to do meetings: once we used to travel to do that, and sooner or later we’ll get back to that habit. Proper writing takes a daily dose of three, four hours, average.


-In the matter of personal curiosity, can you describe to our readers how does your desk look like?

I’m so focused on my laptop’s screen that I don’t even realise what surrounds it. Usually it’s a mix of CD’s, books, useless papers, a pen, a bottle of sparkling water. 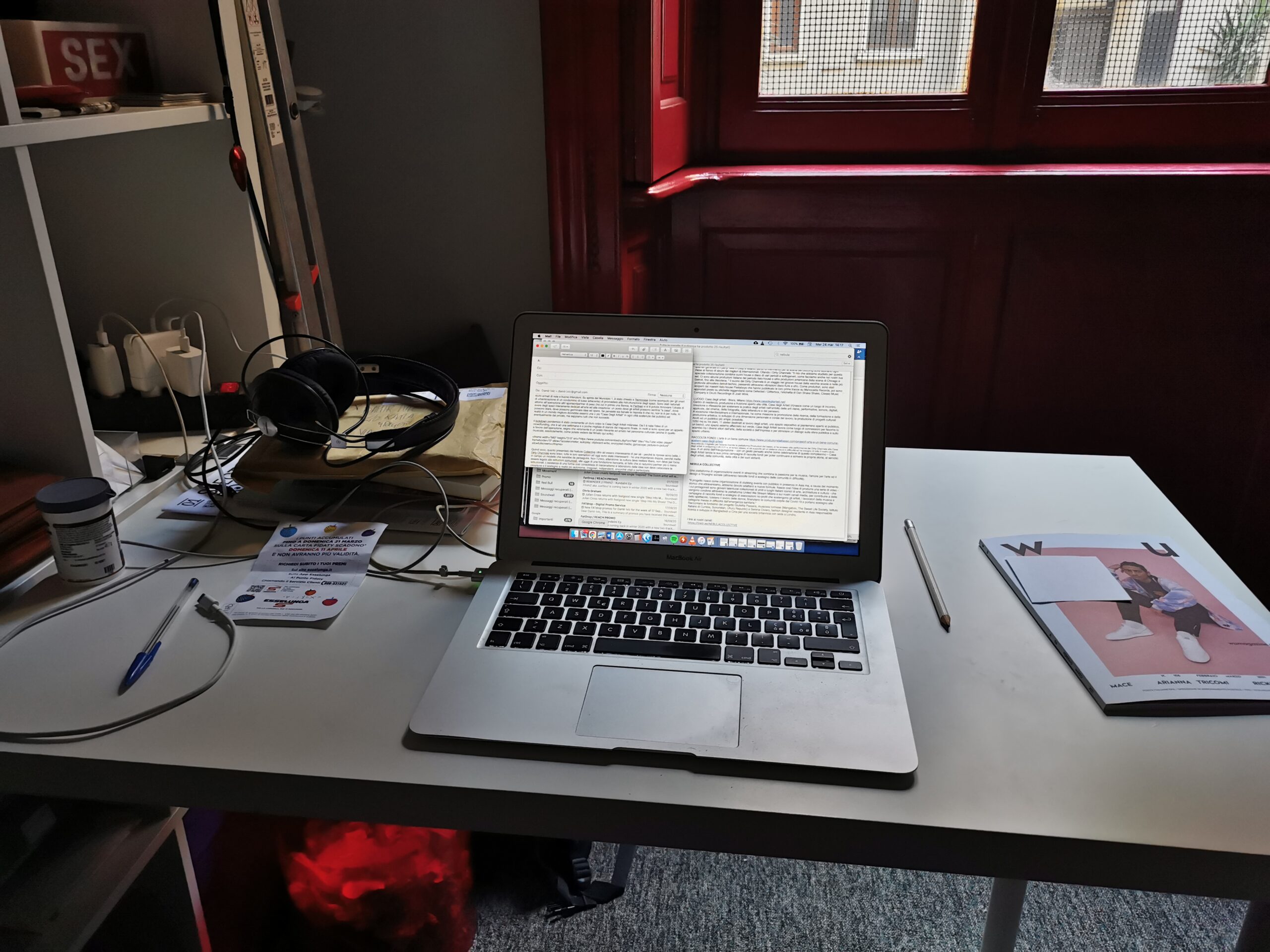 -It should be a difficult task to always be opinionated about quite a number of different subjects and, sometimes, all at the same time. When you start writing an article, does the inspiration always flow naturally or, for job’s duties, you occasionally feel forced to write about something just because, as a journalist, you feel that somebody is expecting you to assess certain issues?

I know it sounds untrue, but I’m lucky enough to almost always write stuff starting from a spontaneous rush of inspiration, even when I have to deal with branded content or whatsoever. I see you thinking ‘No way, that’s bullshit, it can’t be like that’ but it really is, I promise. 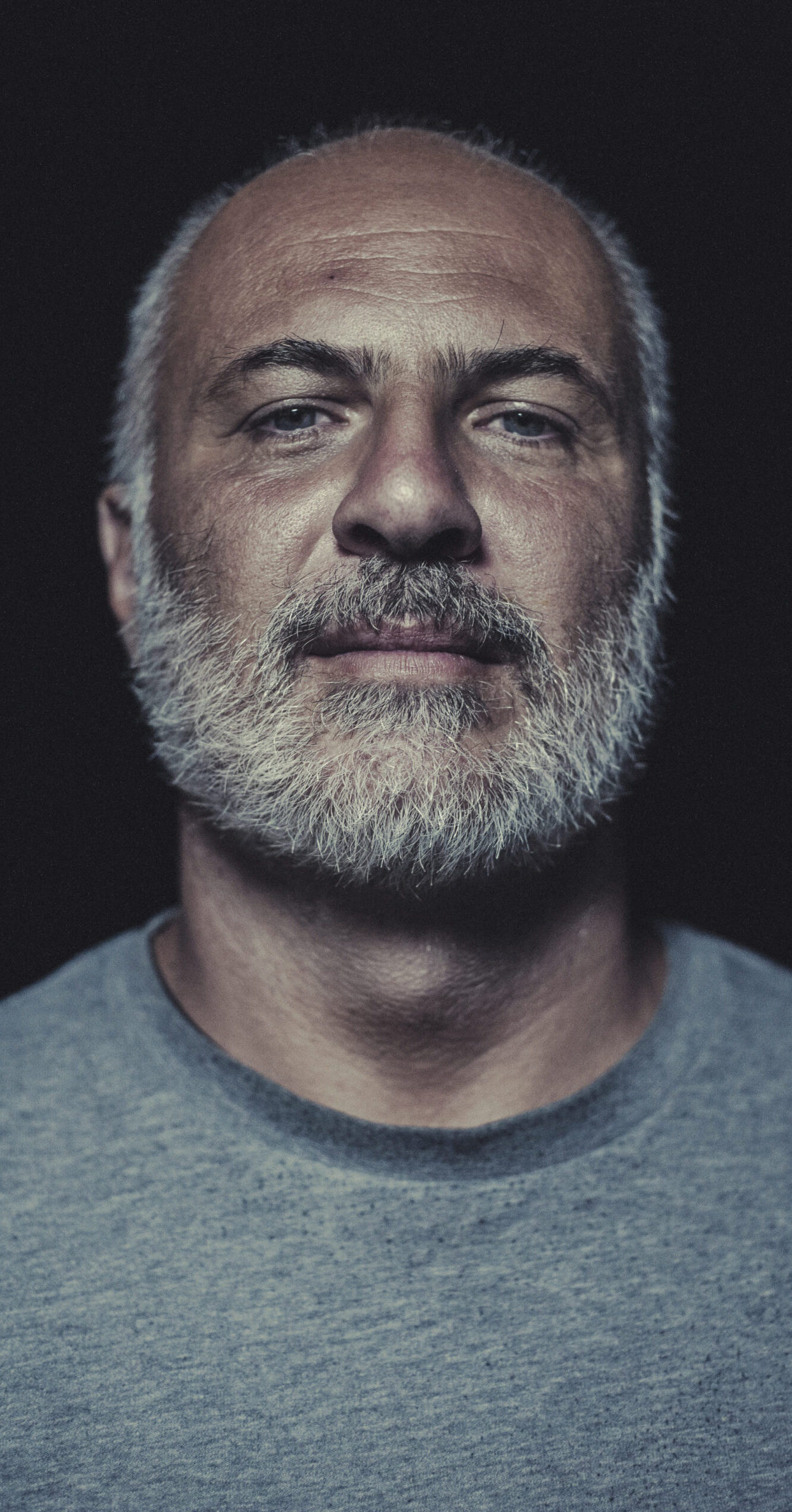 -Now two questions that could somehow be linked to each other: when writing an article, how often do you hold yourself back from expressing what really goes on in your mind? How crucial is to be a ‘mediator’ in your job?

100% crucial. That’s the difference between being a professional writer – or a professional in a certain field – and a blogger, an amateur. That doesn’t mean that you have to ‘hide’ your real thoughts: no. No holding back. It simply means you have to find the right way to express these thoughts and you have to consider the consequences of your written words not only on you, but also on the people you’re talking about. It’s called responsibility. Let me offer a proper example: having been a tour manager for more than ten years, I was close to several musicians and DJs – even the most famous. I could have been a ‘fountain of gossip’ as a journalist, but that never crossed my mind. Being a gossiping asshole would have harmed the artist for no specific and reasonable reason, and would have harmed my profile as well, as I try to be accounted as a reliable and professional person. There’s a huge gap between what you say on a night out, sipping beer with some friends and what you express publicly as a writer; and I feel there’s the need to maintain this gap. It’s two different forms of communication, hence, of comprehension. You can’t play football with a tennis racket. And you’re an awful tennis player if you wear football shoes.

-Let’s talk a bit about the Clubbing scene now. Recently we’ve been witnessing to an exchange of roles where the DJs became the new rockstars; who do you think are going to be the next real DJs?

Hopefully, everyone. Those who are too much into the ‘rockstar’ bullshit sooner or later they either migrate to the US or become assholes. The next challenge is not to make America great again but to make deeply uncool acting as a ‘rockstar’ if you’re a DJ.

-In the past year you’ve been asking this question to many of the music industry professionals you talked to. You too have revealed multiple times your opinion but we’d like you to do it once and for all here, spontaneously, on our imaginary couch: how do you reckon the world of Clubbing is going to change when the pandemic will be over? To cut it short, tell us the pros and cons that you think the future holds.

Pros: hopefully smaller, truer, more intense, more human. Cons: poorer, more frustrated, more depressed, more reclusive. Both pros and cons are an option, simultaneously. Let’s see what’s gonna happen. Well, we always got option number two: nothing will change. But I still do believe we’re not going back on the exact same track we were before. 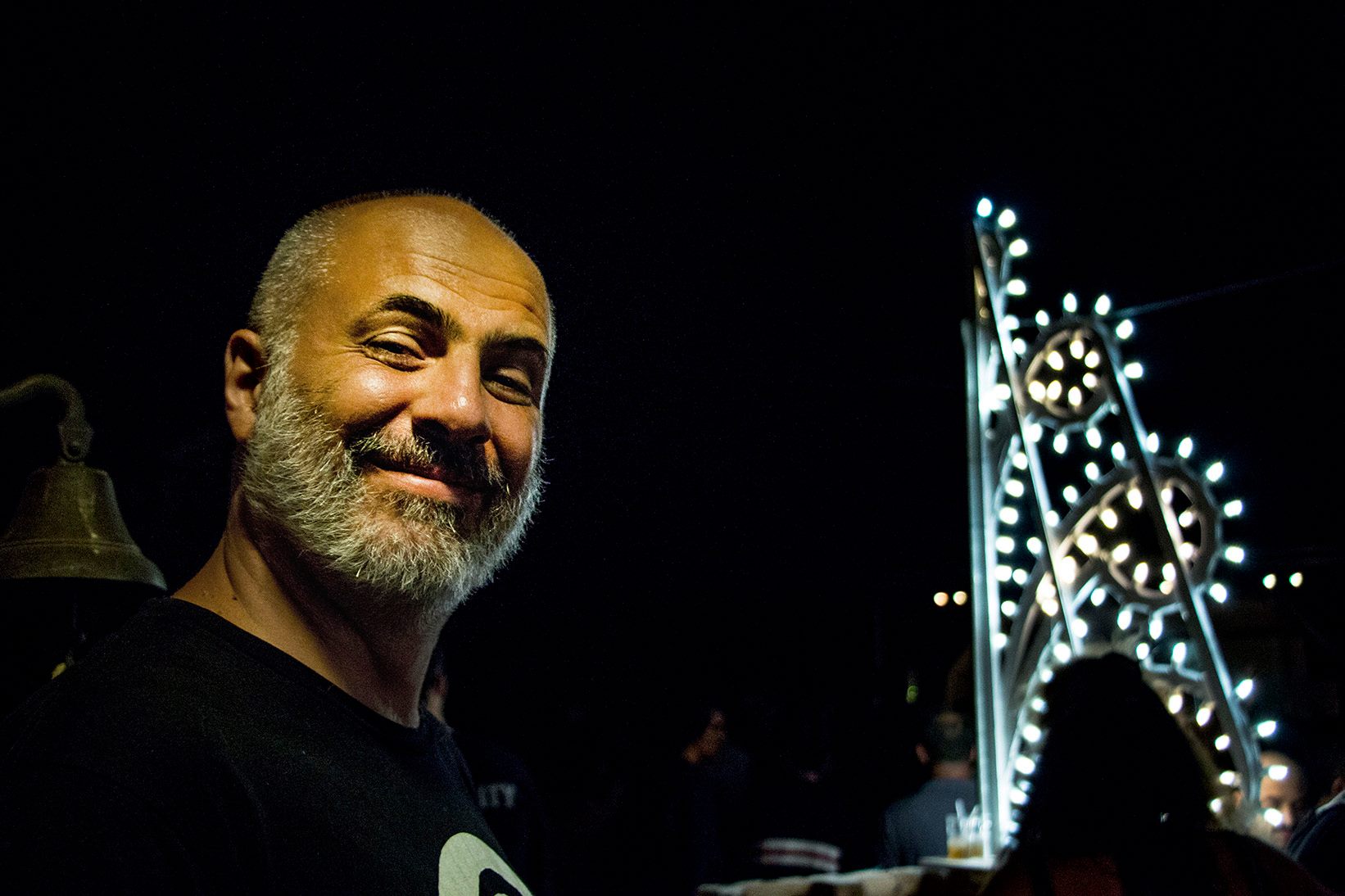 -We know and we respect that you’re always out there taking the field for the matters you believe in, such as the music casual worker’s rights etc. How are the people that you try to involve in such battles responding to the inputs you send em? Are they all collaborative or there’s still room for improvement?

They do cheer and collaborate when it’s easy to do so and it helps them feel better with themselves. They tend to decline their commitment when things get boring and annoying. But no sour feelings. I understand them, yes I do. Because sometimes I act the very same way. It’s a very long process, Rome wasn’t built in a day.

-Ok Damir you satisfied almost all of our curiosities but we got a last one. Let’s talk about something that somebody would describe as ‘shallow’ but for you and for who’s asking is incredibly serious. We know you’re a football fan and you support Hellas Verona. How do you miss going to the stadium? Because I do miss it a lot, being it one of those forms of aggregation -like clubs/concerts- that are deeply rooted in our culture and (imho) crucial for the development of our future.

Those who don’t understand why the hell should anyone support a football team, well, they miss a very important part of our human existence! Is it dumb? Yes it is. Is it like a religion? Yes it is. Is it irrational? Yes it is. Is it directly useful for the development of humanity? No it’s not. But sometimes it’s very curative and healthy to spend your energies on something which is not strictly important, not strictly clever, not strictly rational. Human beings need that. The Vatican and several other institutions understood it, and they make shitloads of money. Football historically did less harm than religions, so… you should join the dots now. But getting back more specifically to your question, I miss going to the games a lot. Even if, living in Milan, for me it’s like always being on an away game, and never home. It’s exactly like you said: there’s a connection between the energy you sense in a club or at a gig and the one you sense while just entering a stadium. And that connection is called humanity. Humanity is much more relevant to the survival of human mankind than economics, cultural products, philosophies, fashion, styles, clothing, worshipping Kanye West and Virgil Abloh. Sorry Virgil, don’t take it personally. Kanye, you’re more than welcome to take it personally instead. 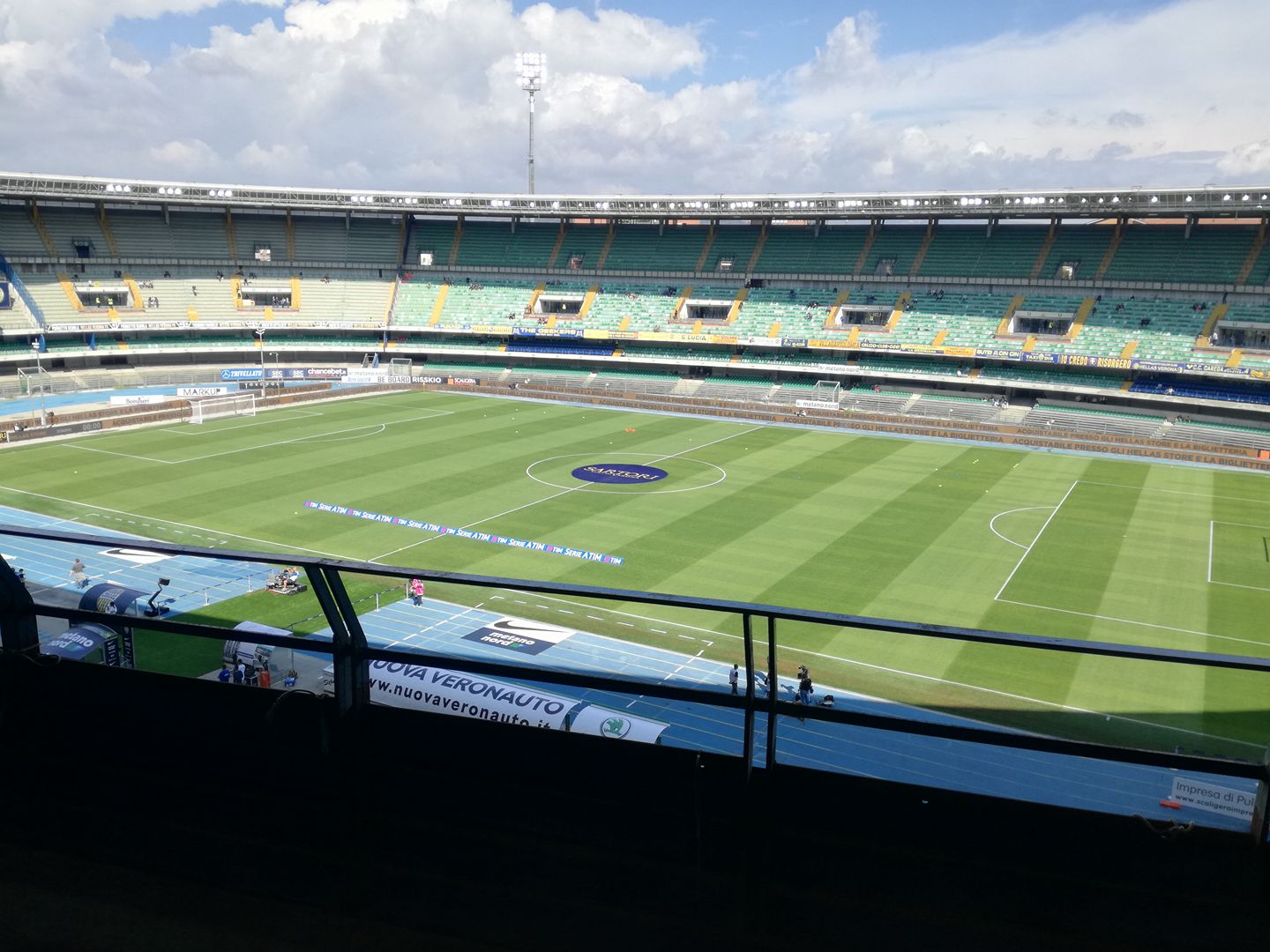 -Thanks a lot for your time man, it’s been amazing to chat with you! We hope to see you around sooner than ever -possibly on a real couch- and we hope you felt at ease chatting with us. Cheers!

That was fun! Super brilliant questions! Let’s do it again! 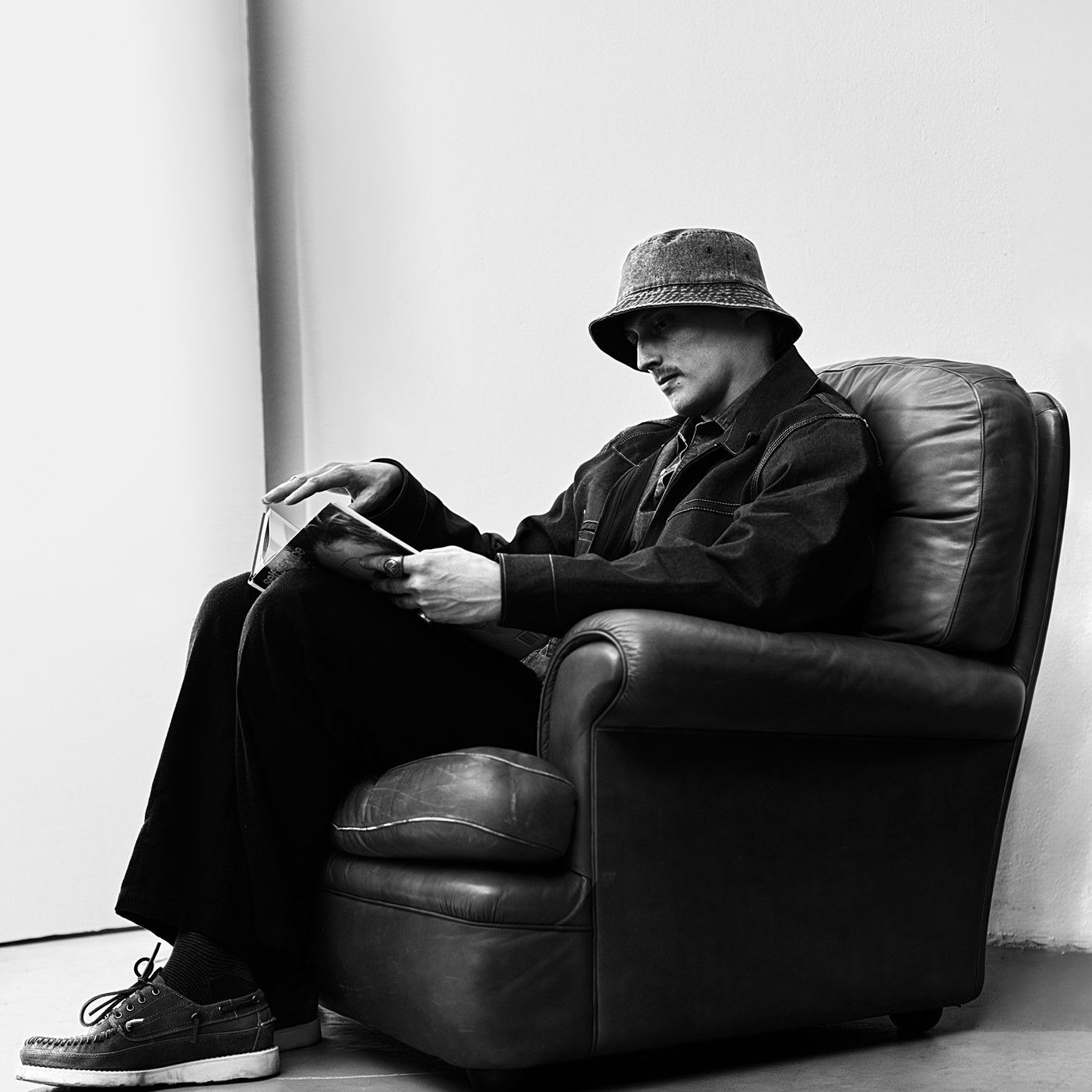 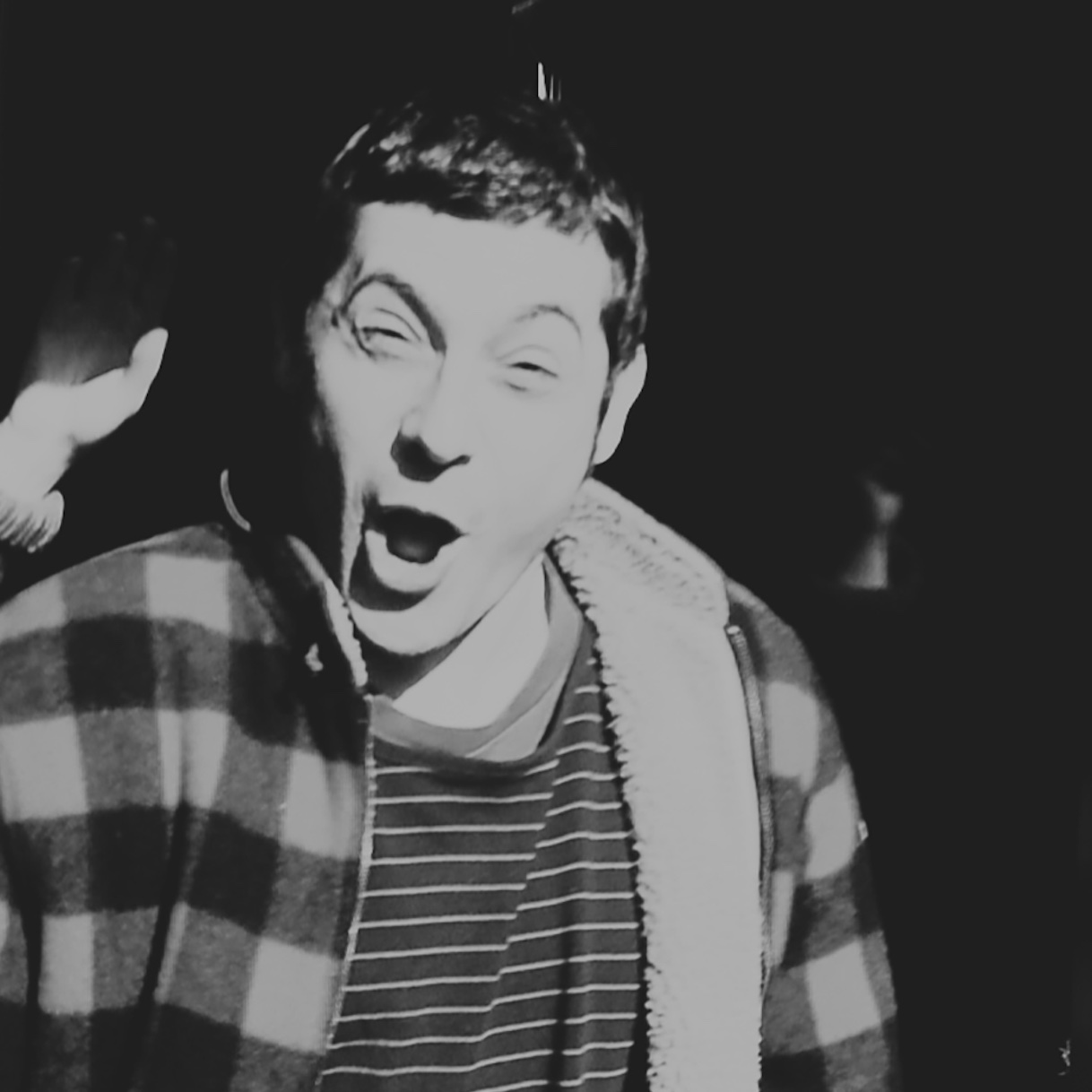